skip to main | skip to sidebar

How Do You Keep A Dream?

In our case, we didn't know it was a dream yet. We just kept dreaming it. Year after year we returned to Italy. For the air. the light, the people, the food, the history, the culture. For the Toscana Photo Workshop where Sally teaches. For the Roman wedding of friends. 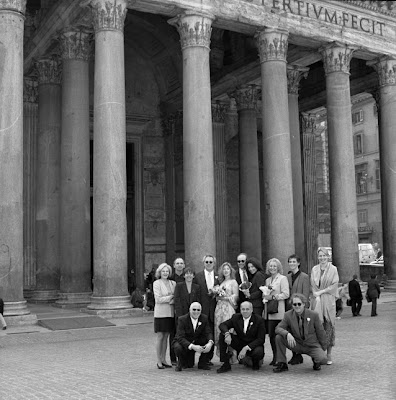 Besides certain brain wave patterns and terror, sleep researchers have found only one other thing that differentiates dreams from nightmares: Dreams turn into nightmares when the dreamer becomes helpless to change her situation.
Here's a real example: Sally and I are at the check-in desk in the international terminal at JFK. We are on our way to to Rome, to participate in the wedding of two of our dearest friends, Eric Fischl and April Gornik. We place our passports on the counter and the agent picks them up.
"I'm sorry sir, but your passport's expired. I can't issue you a ticket."
"Can't we get a new passport here?" Sally pleads.
"No. You'll have to go through the appropriate agency."
Sally's tears don't work either. So we both turn around and cab back into the city.
That was a waking nightmare. But luckily, I was able to get an "expedited" passport, and after a full day's hustle we were on our way to Rome.
The wedding was beautiful, intimate, Italian. On motorini (Vespas, pre helmet law), the wedding posse buzzed suavely through the city in skirts and suits, treating traffic lights as suggestions like the Romans do, and stopping for photo ops at ancient sites. The bride threw her bouquet into the muddy Tiber from a bridge. The meal in the Hassler, atop the Spanish Steps, was grand. The whole thing was one of the best dreams I've ever eaten. 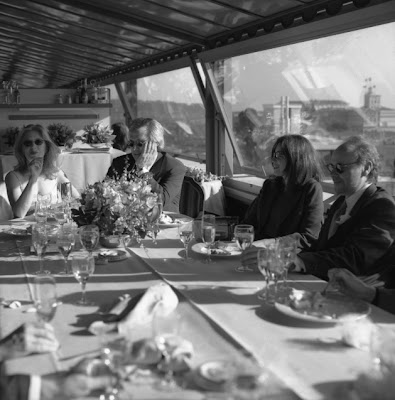 Someday, sleep researchers may reveal how to turn nightmares back into dreams. Until then, here's a warning: If you are afraid of nightmares, don't come to Italy. You will be forced to dream here ... frequently.
Posted by Jack Stephens at 8:42 AM No comments:

Vine Among The Ruins 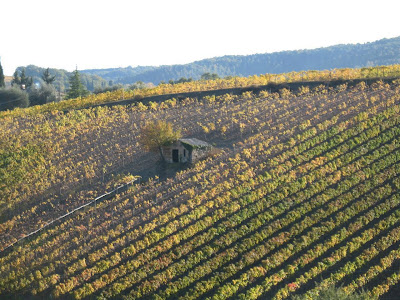 “You should have a vineyard!” said Sally.

They were just kidding; they knew they could never afford it. But they drove all over Tuscany, falling in love all the same.

Posted by Jack Stephens at 4:12 PM No comments:

Right now I have 10 months left to make my year-delayed vintage. Ten months to become fluent in Italian. Ten months to learn the contadino art. Yet here I am in New York, hustling work during the holidays. At times it seems daunting. Have I bitten off more than I can chew? How did my life get so complicated?

It starts in 1995. Sally has been invited to teach landscape photography at the Toscana Photo Workshop near Montalcino, home of the greatest Italian red wine besides Barolo. Though I’ve long been an oenophile, and know about it from my neighbor, Robert Parker, the wine critic, 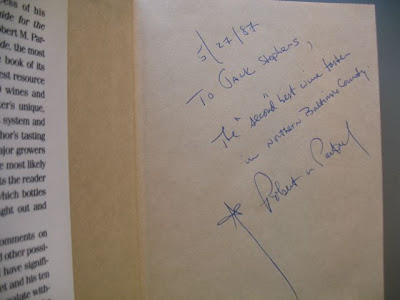 Brunello di Montalcino is not a wine whose taste I am acquainted with. Yet. So, while Sally teaches, I will work on a novel in mornings, sometimes model for her class, 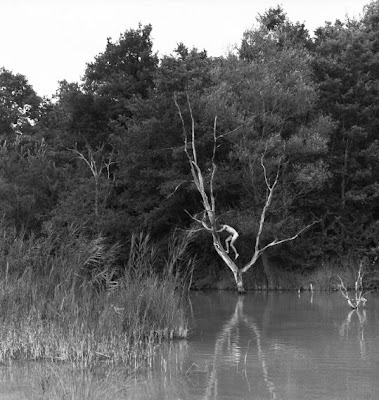 and visit the Brunello vineyards Robert recommends to sample and learn.

Posted by Jack Stephens at 1:30 PM No comments:

Jack Stephens
New York City / Tuscany
Jack Stephens has been fermenting, cooking, and growing delicious things since he was 14. Now he owns a small farm in Tuscany, along with his wife Sally Gall. Lately he's made his living writing IMAX documentaries for MacGillivray Freeman Films. His most recent, WE, THE MARINES, was released in 2018.